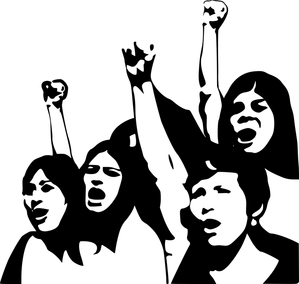 What is it all about?
Little Cog and ARC Stockton are working together to produce a new play called Occupation by Pauline Heath, a North East based theatre maker. The piece will be directed byLittle Cog Artistic Director and ARC Associate Artist Vici Wreford-Sinnott. Pauline and Vici have created a unique theatrical experience which welcomes its audience into the space, tells the real stories of real people facing austerity. It is powerful, witty and funny and was incredibly well received when presented as a rehearsed reading a couple of years ago. It centres around a disability rally at a town centre monument, revealing the stories of four characters who are played by professional actors.

The naturalism of the stories is broken with some specially commissioned songs, with scenes from silent movies and a game show right in the middle of the production which is great fun.

To help us tell the story, and to highlight the Spirit of Teesside, based on many of the people we've met, it was decided to create opportunities for the local community to be involved. The production aims to cast 15 volunteer performers who will take on the role of a 'chorus'. The chorus is a movement based activity rather than song, and the community cast will work with Vici and movement facilitator Lisette Auton to create movement pieces to perform throughout the production. Examples of this are busy street scenes, crowds listening to speakers at the rally, enthusiastic audience members at a gameshow, and movement scenes which compliment the stories being told.

On 26 September we will be holding a community focussed event called the Spirit of Teesside at ARC - there will be two performances of the play and a marketplace of community stalls and information with representatives of all the groups that make Teesside full of spirit. Groups who reflect how we all come together and create a community.

Who?
We hope to be able to attract a diverse range of people, a real mixture of who we are, to take part from the Stockton area. All too often Teesside has been written off in national media but those of us who live here know that the criticisms aren't true. We've got heart. Teessiders are amazing people with strength, community, warmth and strong, strong spirits. We have always loved getting together to support each other and we want our unique production to capture that.

You don't have to have experience and the movement work we do will be designed to fit the group we have, so we're not worrying about 'fitness levels' - we want to work with all sorts of people. We just ask that you're enthusiastic, committed, good in a team facing a task and that you can make all the rehearsal workshops and performances - dates below.

When?
There will be movement workshops taking place once a week on Wednesday evenings from the end of July, at ARC in Stockton, through until our 2 public performances of the show on ARC's main theatre stage on 26 September, by which time we will be a very strong unit. The group will work with each other for 7 weeks and then meet the professional actors at the beginning of September and have 3 rehearsals with them and a dress rehearsal on 25 September.

How To Get Involved
If you'd like to sign up, or if you'd like more information, please contact Vici on 07543304535 (please don't be put off if you get voicemail as she's often in rehearsals - leave a message and she'll get back to you) or email her on littlecog@rocketmail.com