Another England - play by disabled Writer is a call to Action 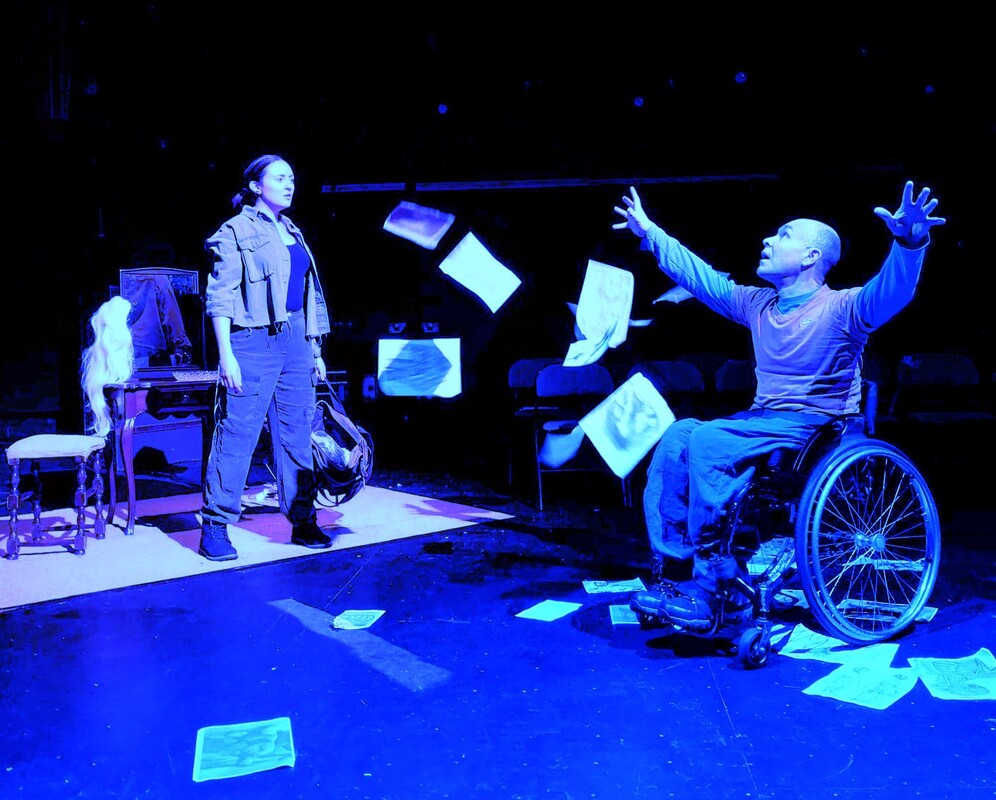 Image description - 2 actors on stage, one is a male wheelchair user with his arms suspended in the air in surprise at a bundle of papers the female actor has thrown in the air. The lighting is a surreal blue and on the background is a dressing table and stool. The dressing table has some glass ornaments and a long blonde wig hanging on the mirror.
“How can we find hope when the world feels like it's in such a mess?”

Disgusted at the treatment of disabled people and repeated human rights violations being brushed under the carpet, disabled writer and activist, Vici Wreford-Sinnott has written a new punch-packed play as a call to action and is touring it across the country with disabled actors Philippa Cole and Andrew Mclay. The piece has integrated BSL and creative audio description throughout. "I want to make sure that no-one feels alone", Vici told us.

The play is touring England between 20 June and 4 July (tour dates below). Vici said, “I don’t believe theatre is for a select few. Theatre should be for everyone and accessible to all. The thing I love is the live interaction with an audience, the fact that it is immediate. What is going on in this country for disabled people is urgent – it is the crisis of our times. National policies have resulted in thousands and thousands of unnecessary deaths. We’ve got to get out there and tell our stories, tell the world what is happening.”

Following the critical success and fantastic audience responses when the piece opened at ARC Stockton in Teesside Vici, who has been involved in theatre and disability rights for 27 years, said: “In a rapidly changing England, in the grip of a national identity crisis, I have responded with a play from the perspective of disabled people trying to navigate their way through hostile territory which has been decades in the making.”

Set in a near-distant future, England 2024, Rat and Murphy are two disabled people who find themselves running for their lives, with the odds against them. Murphy, a 55 year old veteran of the welfare state, and his younger companion Rat, who believes she can change the world, would normally go to the ends of the earth to avoid each other. They're thrown together as they both take refuge in an empty house to avoid being sent to holding camps by the state.

Vici continued, “These two vivid characters are interesting opposites but once we scratch the surface, we realise they may have more in common than they first think.”  In this story full of heart and human spirit, the worlds of two weird and wonderful characters collide as they try to find a way to survive in a deserted house on the outskirts of town.

Award winning television and stage actor Andrew Mclay says of Rat and Murphy, “Rat realises that Murphy is a troubled soul and she tries to bring him out of his thinking and to get him to think about his life in a different way.”

Actor Philippa Cole, who recently performed at the National Theatre and has been in TV shows such as Armchair Detectives and The Four O’Clock Club for the BBC, told us, “This is a compelling story which will leave the audience feeling like they’ve been on a journey with the characters, they will feel welcome, and they will laugh and be moved and it will leave them thinking about the world of the play for weeks to come. We just want to get this story out there.”

Vici, who created the piece two and a half years ago said, “It is terrifying the distance we have travelled since the beginnings of this play. The near-future dystopia of 2024 has become reality, but for us as a community, as Rat and Murphy wrestle to discover, there has to be another England. Solidarity and action are needed urgently. The horror stories are now only too real.”

We want to bring disabled people, activists and allies together to share something special, to feel supported and galvanised. Get out there and support this company with this new work and show the world we are visible! We are not alone.

“Vici Wreford-Sinnott is a trailblazing powerhouse who will not stop until she brings about change. Gripping work”
Northern Stage Audience

"Was blown away by Another England - can't stop thinking about it. Everyone should see this play!"
Audience Member, ARC Stockton 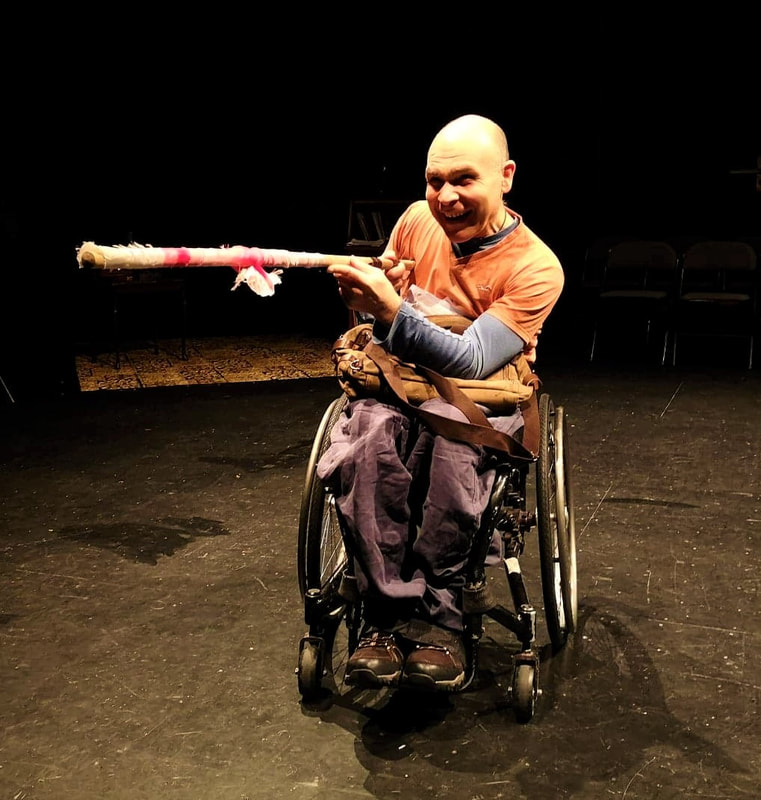 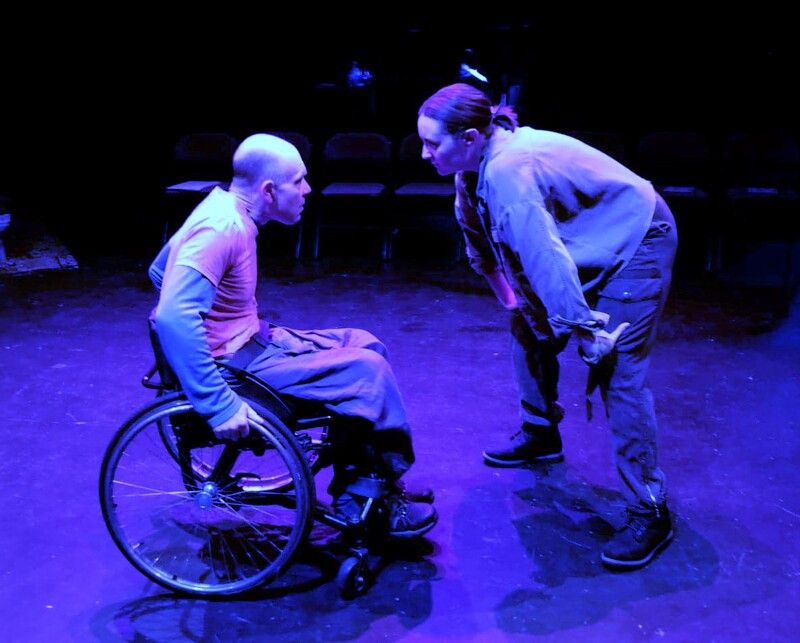 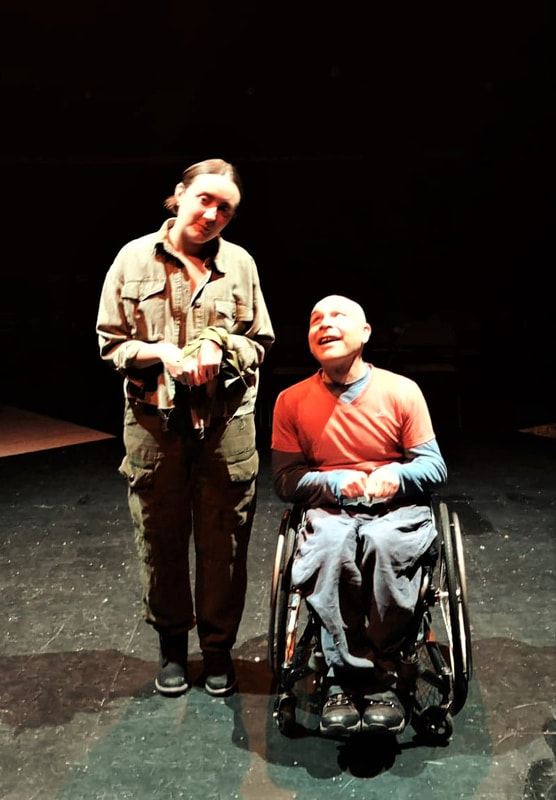 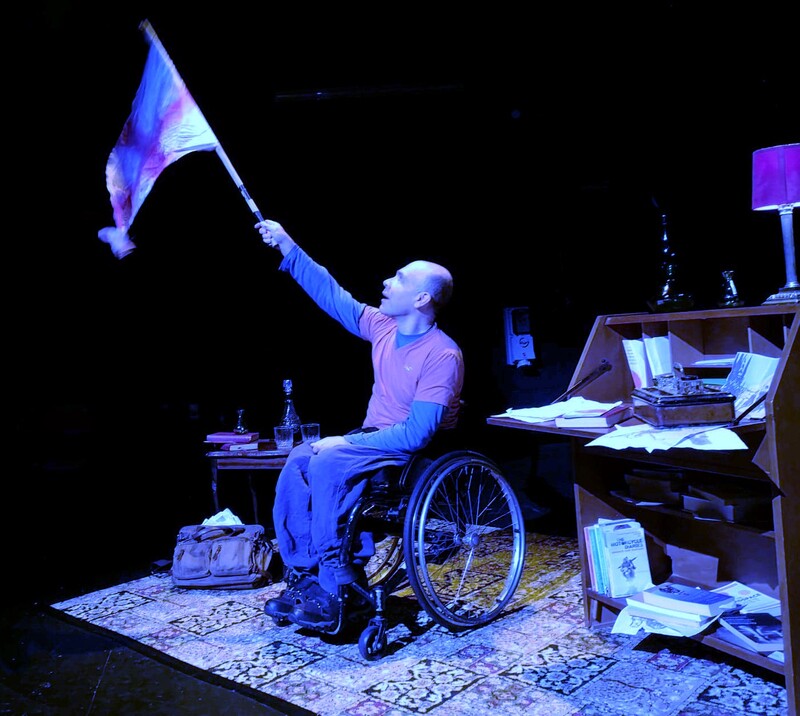 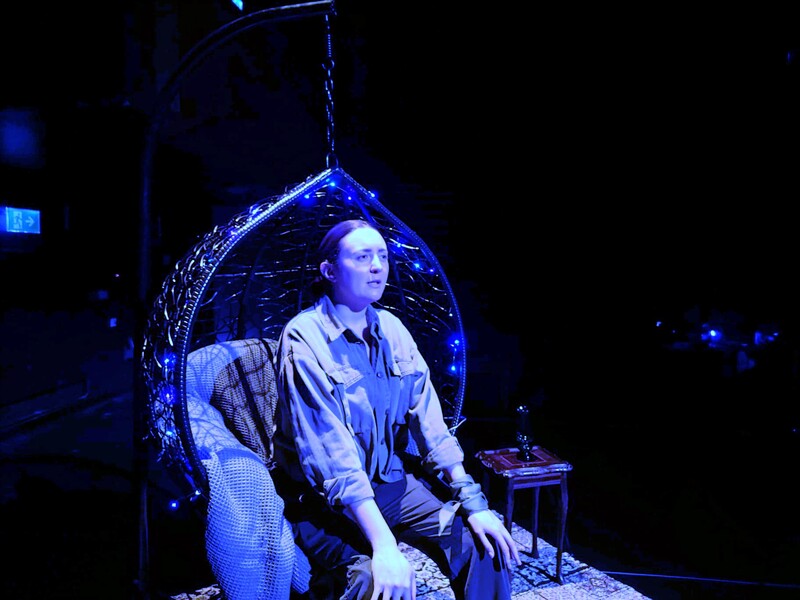 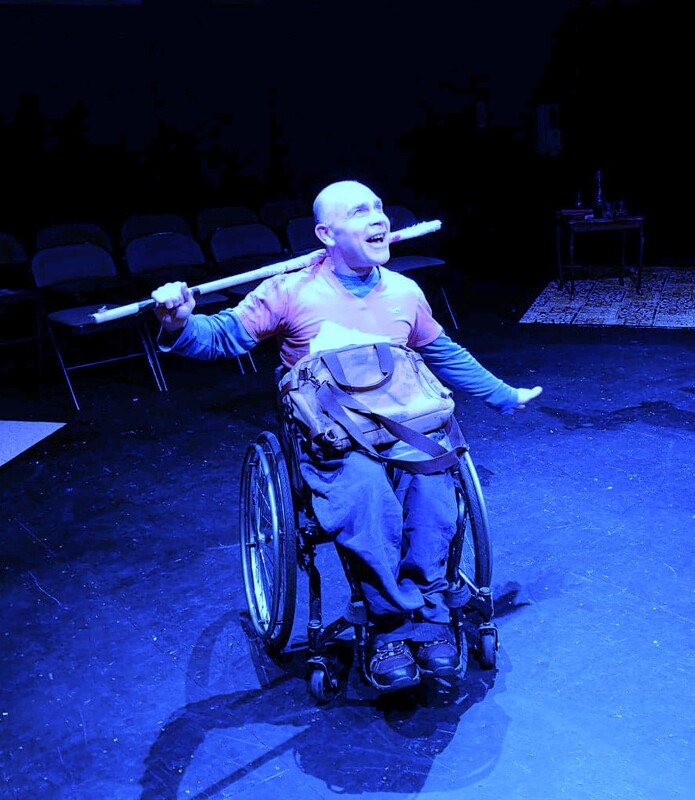 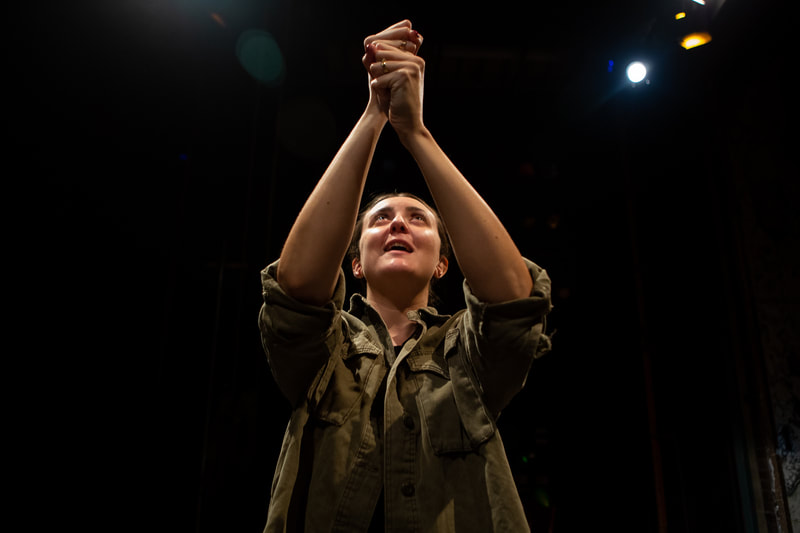 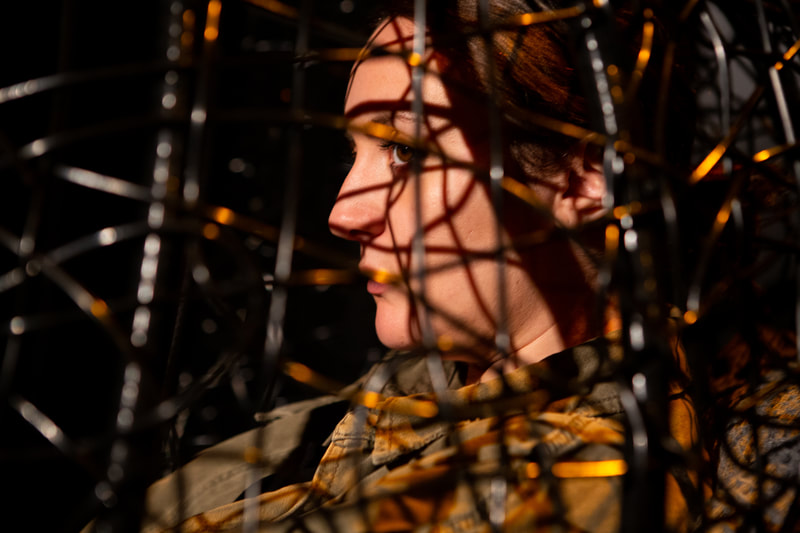 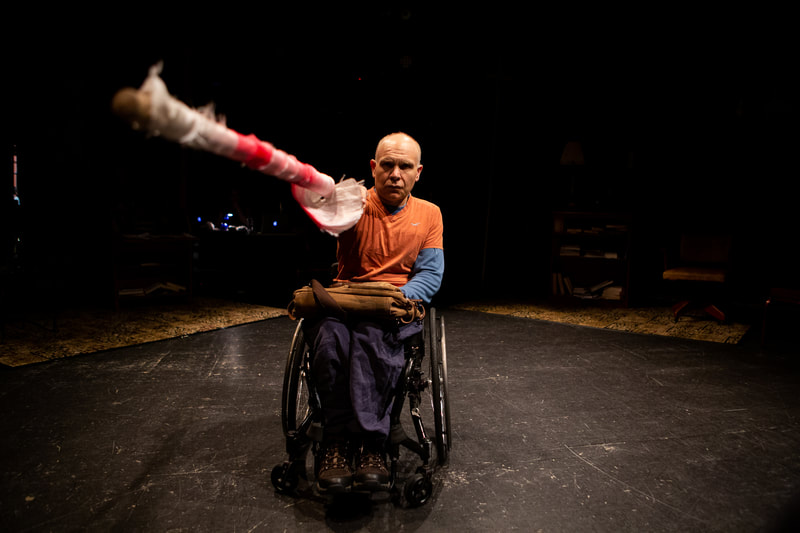 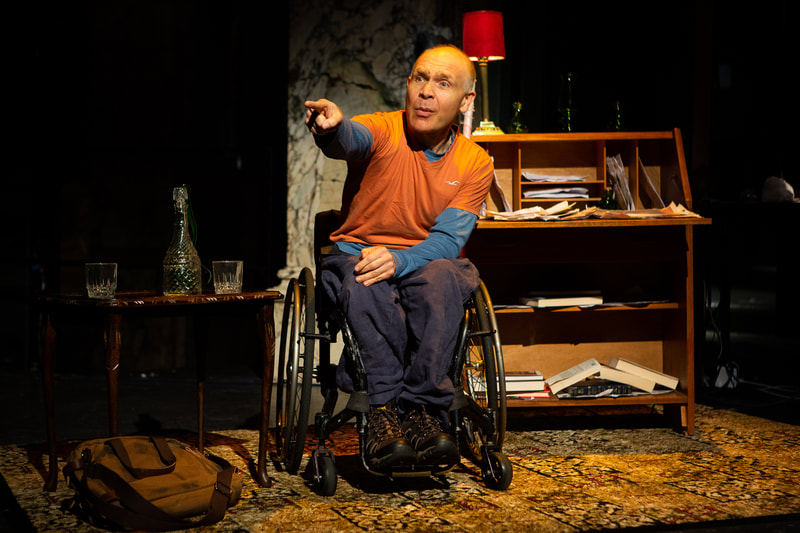 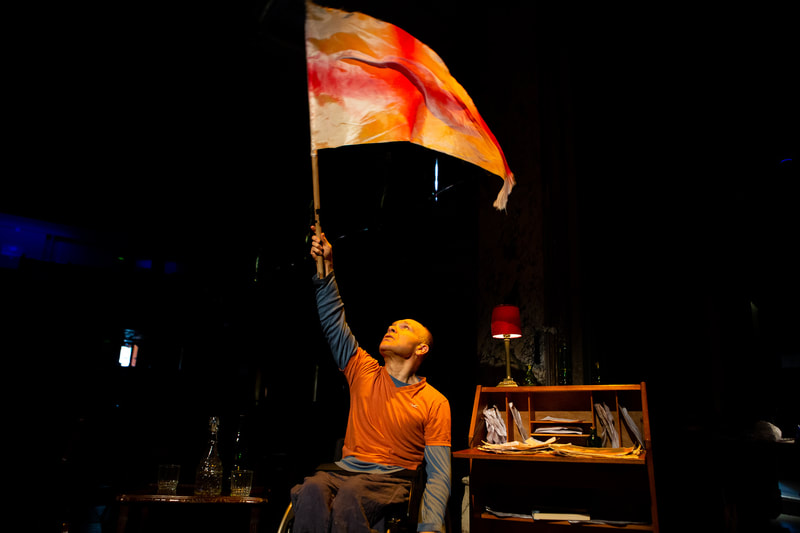 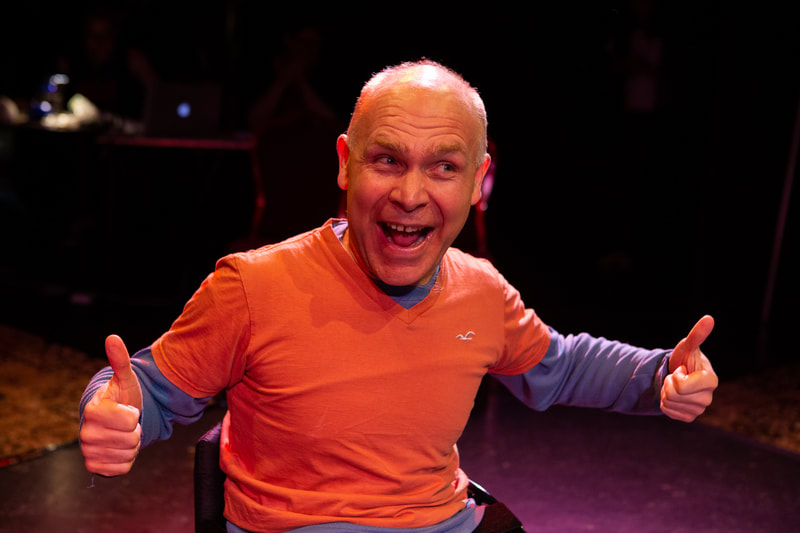 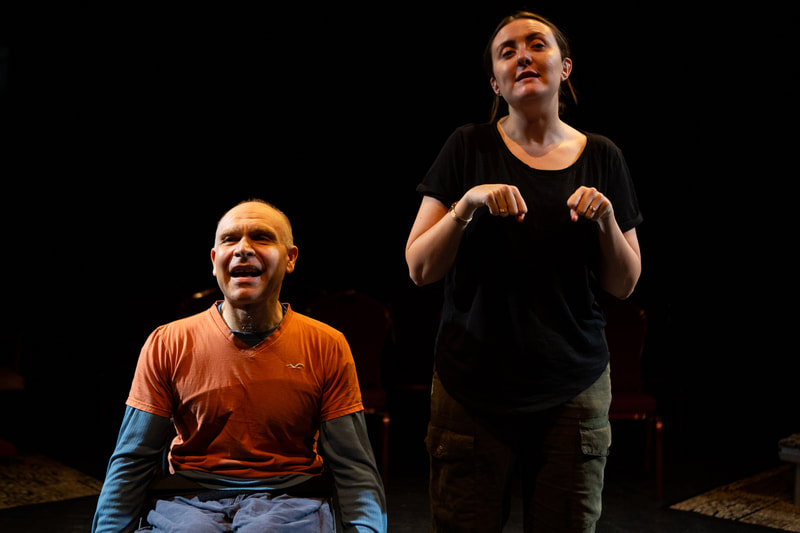 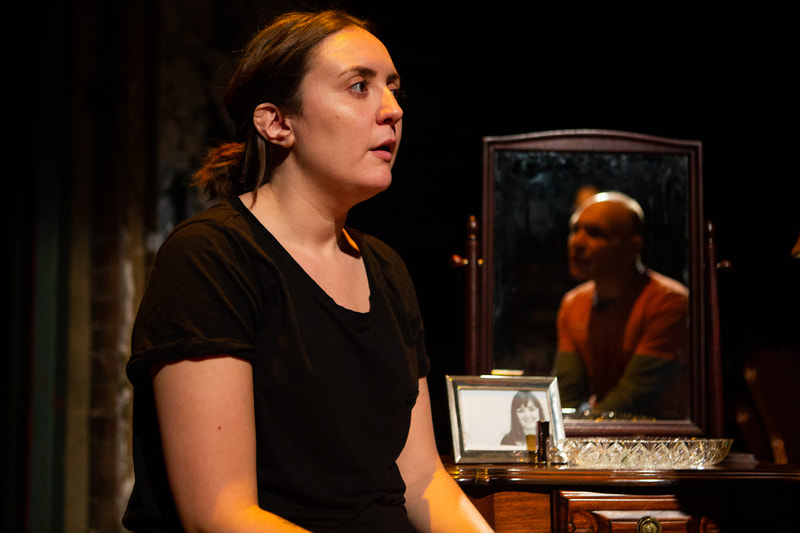